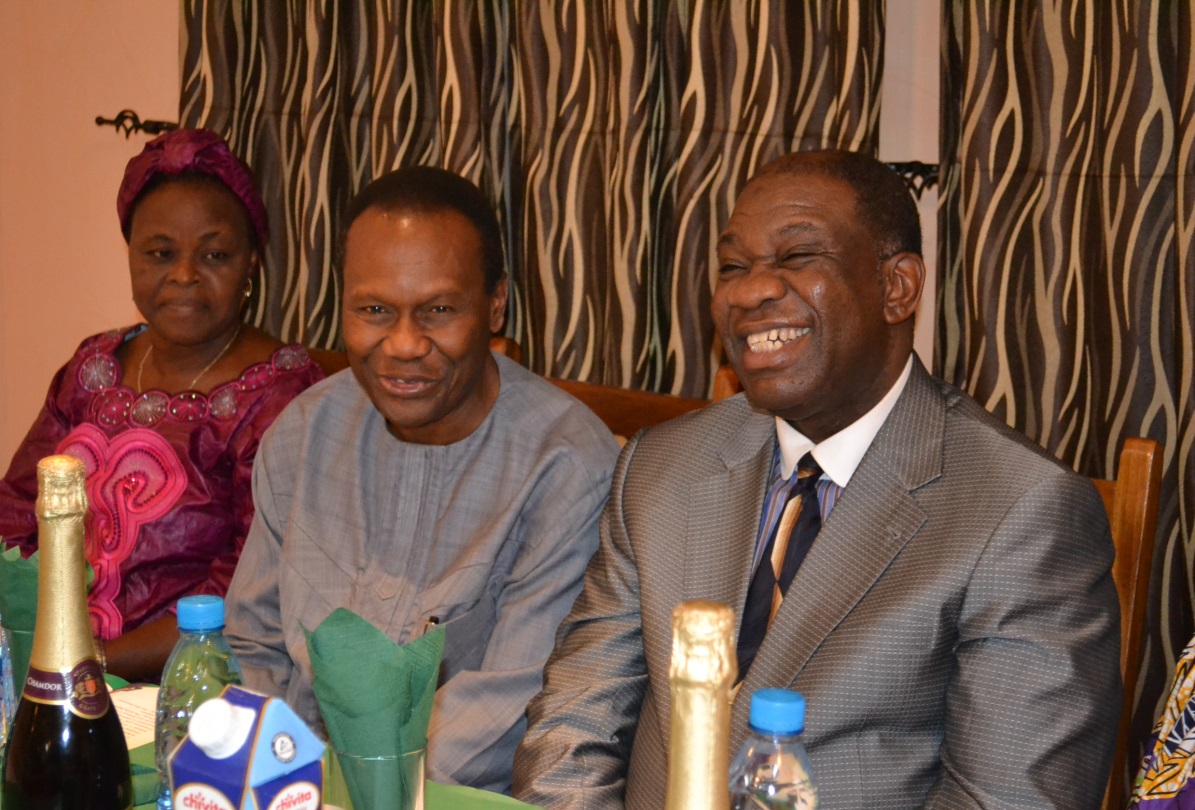 Wednesday, March 26 was a memorable day for the authorities of the Federal University Oye Ekiti and its pioneer Vice Chancellor, Professor Chinedu Ositadinma Nebo. Prof. Nebo was vice chancellor of FUOYE from inception in 2011 to January 2013 when he assumed duties at the Ministry of Power Abuja. Venue of the event was FUOYE Liaison office at Apo legislative quarters, FCT Abuja.

The event, which organizers described as long-overdue due mainly to the tight schedule of the Minister, kicked off at about 17.38 hours after last Wednesday’s Federal Executive Council Meeting.  The occasion turned out to be not just a valedictory party but also a celebration of an accomplished academic, a pioneer and an achiever. It was a moment for the authorities of Federal University Oye Ekiti to show appreciation for the tremendous achievements of the Professor as the pioneer Vice Chancellor of FUOYE. 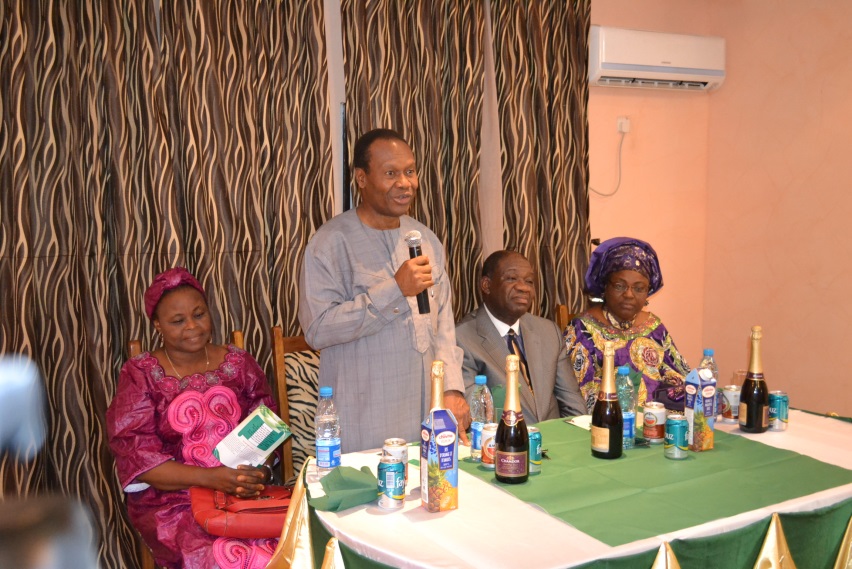 Setting the tone for what turned out to be a dinner, spiced with several speeches, Prof. Asuzu said: “We have come to relax and chat with the Hon. Minister as much as his time would permit us”. The Minister, who was on his way to Enugu to attend a meeting, had to postpone the trip till Thursday in order to relate and reconnect with his old colleagues from both University of Nigeria Nsukka and Federal University Oye Ekiti who were gathered at the venue before his arrival with his adorable wife and a retinue of personal aides.

Continuing Prof. Asuzu said: “I knew him long time ago. We actually attended the same college; Government College Afikpo.” He described Prof. Nebo as a trendsetter, who exudes peace wherever he goes. UNN, he said, would never forget Nebo. Narrating how he (Prof Asuzu) came to become VC of FUOYE, Prof Asuzu intimated his audience how he got the needed confidence and courage to accept the offer only after he had interfaced with Prof Nebo on the prospect . “Professor Nebo encouraged me to accept the vice chancellorship of the Federal University Oye Ekiti. I will never forget him. May God continue to help him”, Prof Asuzu concluded.

Several speakers had positive things to say about the celebrated. To some Nebo is very courageous and passionate. To others he is a man of infectious humility, who influences his environment by his passion for hard work and excellence. In his courage and vision, he established a Faculty of Engineering in FUOYE and it remains the only university among its contemporary twelve to do so till date. 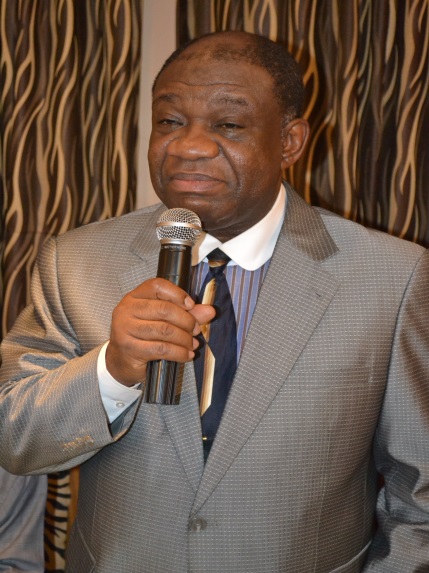 Responding the Hon Minister told his elated audience that it has always been his pleasure to work for posterity. He expressed gratitude to Professor Asuzu over his acceptance to serve in a very difficult place like FUOYE.

He told a very instructive story of a man at heaven’s gate awaiting clearance from Saint Peter only to be given express pass into paradise once it was discovered he was not just coming from Nigeria but had served as vice chancellor while on earth.

The Power Minister recalled the difficult formative days of FUOYE with pressure coming from the two contending communities of Oye and Ikole Ekiti, which almost took the state the university. Going memory lane, he recalled he was the only university among its peers who had neither a take -off site nor a place of residence as vice chancellor.

Prof Nebo gave insight to his success story at FUOYE while he relished the evening. Even with obvious daunting setbacks, right from the time he accepted the Federal government’s call to pioneer the institution as its Vice chancellor; he assembled a strong visionary team and dreamers who conceived a first class university and gave birth to a Faculty of Engineering within its first year of existence.  He brought in best brains in the mold of Professor Christian Bolu (Dean Faculty of Engineering / Director, ICT) and the late Architect Ikechukwu Iheanacho, among others, to midwife these dreams. He expressed his readiness to keep on to assisting FUOYE in any way possible for it to continue to achieve greatness. 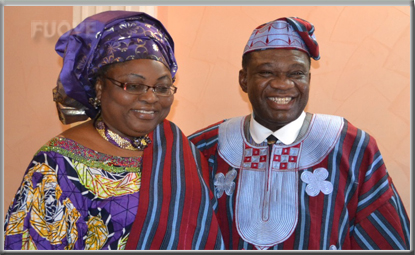 It could be recalled that Professor Chinedu Ositadinma Nebo was appointed Minister of Power by President Goodluck Jonathan in December 2012.