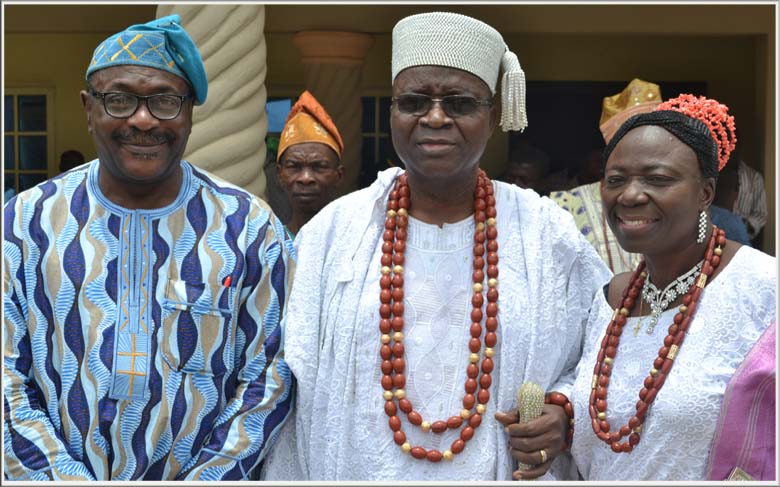 The Vice-Chancellor, Federal University Oye-Ekiti, Professor Kayode Soremekun, recently paid a courtesy call on the paramount ruler of Ikole-Ekiti Kingdom, Oba Adewunmi Ajibade Fasiku, in his palace. This is in continuation of the Vice-Chancellor’s visit to host communities of the University.

Oba Fasiku, who received Professor Soremekun and his entourage, expressed delight at the visit and reiterated his Kingdom’s support for the University. He informed his guest that the community, besides other contributions, had donated a 500KVA generator to the institution as part of measures to ensure the accreditation of Engineering Programmes located in the Ikole Campus.

Responding, Professor Soremekun said his mission in the University was to ensure the steady growth and rapid development of the young institution. He expressed delight with the contribution of Ikole Community to the University stressing that it was the first time he heard of the community’s donation of a 500KVA generator set. He added that his administration will ensure equity and probity in handling employment and admission matters. He however expressed worry that the quest for the accreditation of the Engineering Faculty has suffered a setback as the contractor handling the engineering workshop has abandoned the work. This was in view of another visit by the Council for the Regulation of Engineering in Nigeria (COREN) billed for July 2016. The Vice-Chancellor, however, expressed readiness to ensure that work resumed on the project.

The Vice-Chancellor called for the need to maintain the thriving symbiotic relationship between town and gown. Citing an example with an individual who donated equipment worth five million naira, he stressed that the institution would benefit from more of such philanthropy. Professor Soremekun assured the monarch of his readiness to give serious consideration to his advice in view of the monarch’s wealth of experience. He said the doors of his administration were wide open to all ideas that would lift the University to greater heights.

The Elekole was in the company of other Obas, High Chiefs and Chiefs from different communities that make up the Ikole Kingdom. On the Vice Chancellor’s entourage were the University Registrar, Mr Daniel Adeyemo, Director Administration and Special Duties in the office of the Vice Chancellor, Mr Olatubosun Odusanya, as well as the Principal Security Officer of the University, Mr Akin Fatoye.