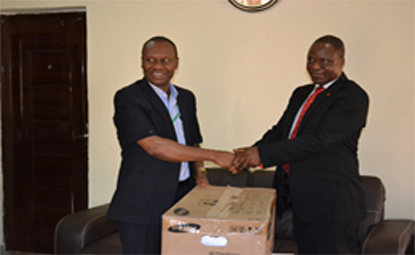 FUOYE’s search for qualitative partnership in its quest for growth and development attracted a positive mileage recently when United Bank for Africa, UBA, visited and offered a very strong hand of fellowship. The bank, through its Regional Bank Head, West Central, Lawrence Ehindero, made a donation of 10 ( ten) split air-conditioning systems to the university.

Presenting the gifts on behalf of management and staff of UBA, Mr. Ehindero revealed that the business plan of the bank had changed, with focus now on universities and other educational institutions. He said FUOYE is particularly critical to this paradigm shift because it is a young and growing institution with great potentials. “The plan is to identify with you now so that when you grow old you will not forget us”, he concluded. 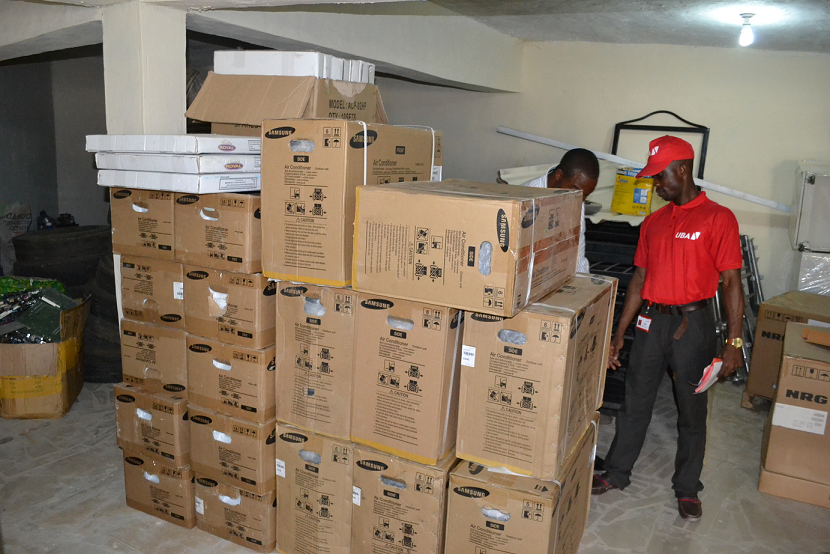 Speaking at the occasion, the University Ag. Bursar, Mr. Obadiah Dyiltu, waxed philosophical, “The man who took care of you when you were young would be the man you would know as father. Anybody who identifies with us now we will definitely remember”, he said. “I believe the university will reciprocate your gesture in the best way it can, based on its limited resources”, he pledged.

Receiving the gifts, the Vice Chancellor said he was deeply “touched by this kind gesture.” Furthermore, he said. “I can’t remember having asked for this but on your own volition you have done this without conditions attached.” The VC noted that in the past, institutions relied solely on government for support and funding. Tertiary education, in his words, “Is capital intensive and no single source can shoulder it alone, therefore, internally generated revenue and partnerships” have become alternative means of supporting and sustaining the running of a university system. Hence, “FUOYE is looking for partners to see this university grow”. 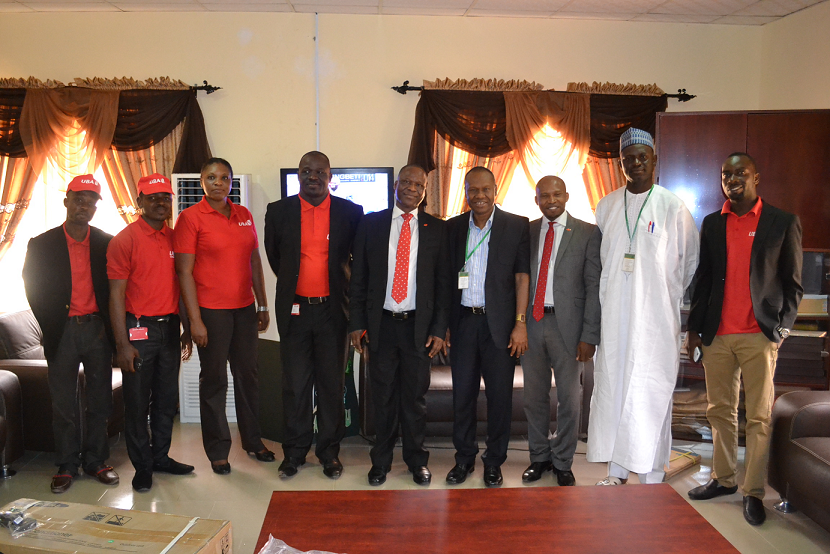 He likened the institution to the Biblical mustard seed. “Tomorrow, we will grow and become big and large and provide succour to many. I am looking for partners. What you have done today shows you are willing to collaborate with us.” The Vice Chancellor noted that since his assumption of office in February 2013, UBA was the first bank to extend this kind of support to the university and promised to support them “within the limits of our meager resources”. Aside the air-conditioners, UBA also presented a branded wall clock and key holders.